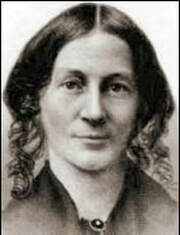 Miner Elementary is named for Myrtilla Miner, an educator who led the way for the education of African-American girls and women.  In December 1851, with support from Henry Ward Beecher and Quaker Philanthropists, she founded the Normal School for Colored Girls, the first school in the nation dedicated to training young Black female teachers.  Also known as the Miner Normal School, the school opened with six students in a fourteen square foot room on 11th and New York Avenue, NW.

Miner’s motivation for founding the school seems based on her tenure teaching at a women’s school in Mississippi. While living in the South she was exposed to the brutal daily reality of slavery and within a short period returned north committed to the abolitionist cause. She chose Washington, DC as the location for her school because it was the southernmost city where such a school could legally operate.

Within two months of opening, Miner’s school tripled the number of students. Writing in his abolitionist newspaper, The North Star, in 1852 Frederick Douglas noted:

​To those who wish to know from disinterested persons the prospects of the Colored School of this city, established by Miss Miner , I am very glad to mention my personal knowledge of it, as I have visited the school frequently, and at all hours, and another lady of my acquaintance has done the same, and has also shown her interest in it by giving lessons in drawing to the pupils. Our experience has been, that these colored children who range from seven to sixteen years of age, are among the most attentive, earnest and pleasing scholars we have seen in any school , many of them with as white skins and light colored hair and eyes as ourselves, with good Anglo-Saxon heads, others of every shade to the deepest black, all apparently intelligent and of lady-like deportment. For neatness and order, I have not seen it equal in any school of Washington, and I have seen several of the best. Miss Miner began with seven scholars, and has forty-five, and sometimes fifty, at the present time (two months from the time of its commencement,) but they are crowded into so small a room that they sit in three tiers, and during the drawing lesson, have not sufficient elbow-room to do as well upon their papers as they do upon the black-board. The benevolent friend who has been giving them their lessons, says they excel any other scholars she has ever taught in this branch, in readiness of apprehension and facility of execution. I have never seen a quicker perception of the analysis of sentences in girls of the same age; and in regard to deportment, I have never seen an impropriety, or any want of self-control in the school, constrained as they are for room, and deprived of the privilege of running out to play at recess, because the neighbors are so hostile to the establishment of such a school.

​Miner’s school faced near constant harassment from white locals leading her to sleep in the building with a revolver under her pillow. Such opposition caused Miner to move the location of the school several times. In 1853, Miner launched a fundraising campaign to find a permanent home for the school. Half the money was contributed by Harriet Beecher Stowe, whose Uncle Tom’s Cabin had gained prominence the year before. Stowe would provide critical support to the school for years. The remainder of the money was raised by an interracial group of white abolitionists and the ​lack community. The new building was located between 19th and 20th streets off New Hampshire Avenue.
​As enrollment grew effort was made to further expand the school but white opposition proved too great. By 1860, with Miner traveling north attempting to fundraise, and Washington consumed by the crisis of looming secession, the school was closed.

Myrtilla Miner died in 1864 following a carriage accident. She is buried in Georgetown. Writing later, Frederick Douglass, who expressed initial skepticism during a meeting with Miner in 1850, wrote, ”I never pass by the Miner Normal School for Colored Girls in this city without a feeling of self-reproach that I could have said ought to quench the zeal, shake the faith, and quail the courage of the noble woman by whom it was founded, and whose name it bears."

It is unclear when the current iteration of Miner Elementary School was established. What is clear is that over the decades, the demographics of Miner Elementary has expanded to be inclusive of families with diverse ethnic, racial, religious, gender, and national backgrounds; the mission to provide a world-class education for our students has not fundamentally changed since 1851.
Image credits: Getty Images
In 2010, The Miner Glee club visited the White House and had a special performance with Michelle Obama and Harry Connick Jr.
Image credits: TBD*
In 2011, Miner hosted a special visit from the Prince of Sweden. This was made possible through a partnership with the Swedish Embassy.
Image credits: TBD*
Also in 2011, Olympic gymnast Dominique Dawes visited Miner as part of Michelle Obama's "Let’s Move" campaign. 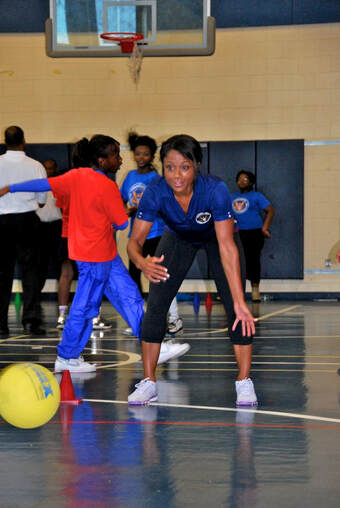 Image credit: TBD*
*We respect the right of content providers to be credited and remunerated for use of their intellectual property. If these images are yours, or you know their source, please contact the Miner PTO at minerpto@gmail.com.

The Miner school community continues its evolution towards Myrtilla Miner’s “radical” vision that all of our students today deserve the quality education that she envisioned in 1851. We add to her vision our own daily commitment, dedication, talent and sweat equity. In doing so, we adopt her vision and make it a reality for our students and community in today’s world.